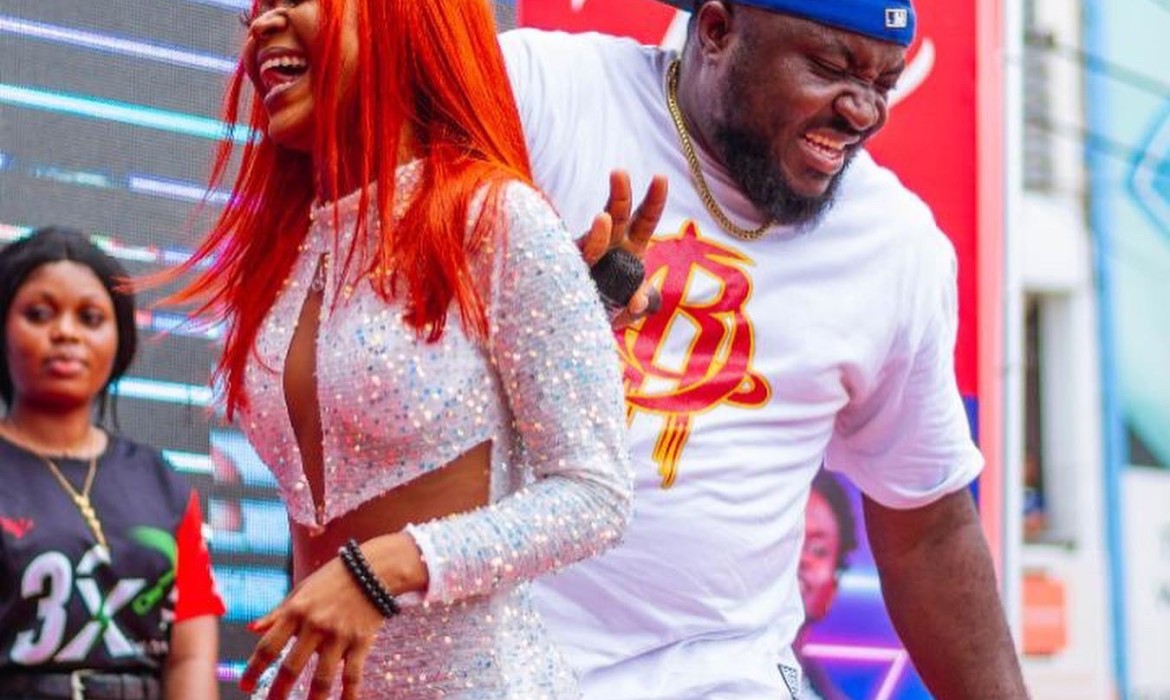 On Tuesday 21st of June 2022, itel Ghana held a rap and dance competition for its fans at Circle Tip toe lane. The Challenge themed “itel 3x Challenge” was held to increase awareness on their new and highly innovative smartphone release the itel P38Series. In attendance were more than 3,000 people in the hub of the mobile phone market. The event was graced by influential celebrities such as DKB, Akuapem Poloo, Tulenkey, E-Flex and the itel brand ambassador Kuami Eugene.

The event which showcased many talent was arranged to highlight the main selling post for the itel P38 series which is its 3times faster charging function.  It’s refreshing to see that itel understands the necessity of having a fully charged phone and doing so in no time at all. If you’ve ever been stranded due to a dead battery; you live in an area where you’re never able to charge your phone up to 50% due to power outage, or your phone goes off less than an hour into a game on every single occasion, it is time to move over to a brand that understands the situation and offers you more talk and play time.

You no longer must wait for countless hours to see your phone fully charged. With the itel P38 series, itel’s first offering of fast-charging smartphones, you can get a full 100% charge in 150 minutes- that’s only 2½ hours. This is supported by the 3x fast-charge feature that offers 3 times the speed of other regular phones, most of which take as much as 7½ hours to fully charge.

The itel P38 has a 15W fast charge technology feature that gives you triple fast charge action. With only 10 minutes of charging, you’re guaranteed up to 3 hours of WhatsApp call.  Just when you think itel has done enough, it beats its own record every single time. It is the only model within its price range that can deliver such a feat. Now you can talk more, play more, and enjoy more phone time with superior technology designed just for you.

According to the marketing communication Manager Mr. Michael Tuekpe, Itel would like to congratulate all participants on who performed at the “itel 3X challenge” and promises more of such event to engage fans and loyal users in the near future.